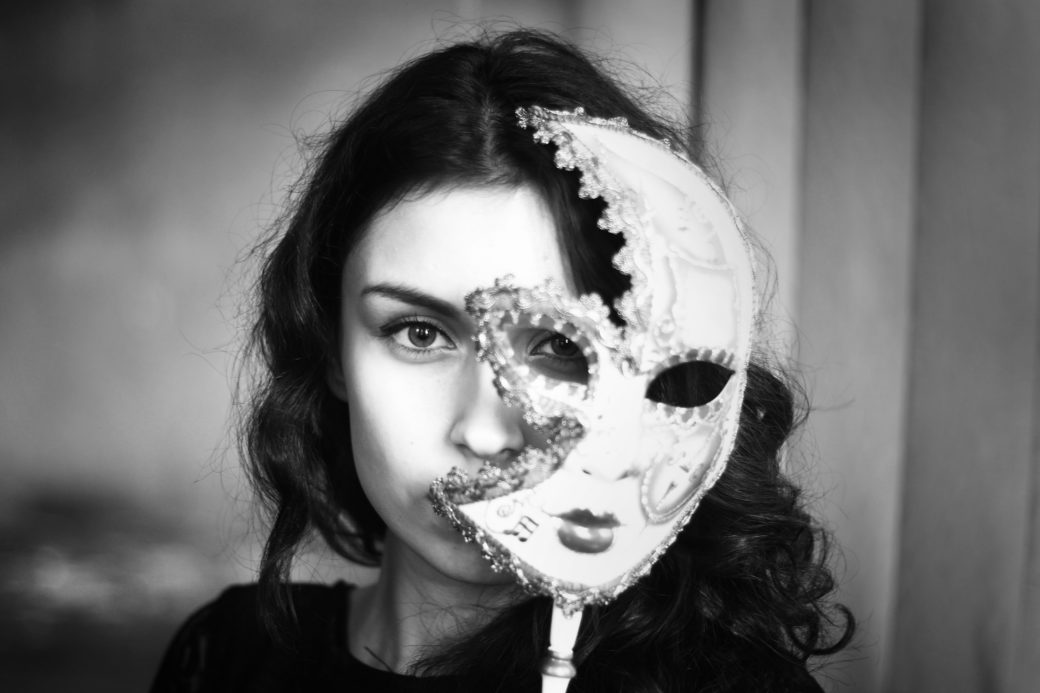 Published in Falchion Publications.
In collaboration with Julieta Kaludova.

Colors bear their own code of associations, conjuring certain perceptions in our mind and triggering a physiological reaction. One can argue that the way we wear certain colors is similar to the way writers use poetic devices – to represent emotions, sensations, and ideas that are otherwise hidden in our subconscious mind.

Not so much a color but rather a shade, black has probably the most complex symbolism in fashion,analogous only to the color blue.

Women think of all colors except the absence of color. I have said that black has it all.
Coco Chanel

During the Victorian era black was exclusively the color of mourning and widowhood, demanding not only a strict dress code but a certain etiquette as well (and no, Scarlet O’Hara flirtatiously gliding on the dance floor with Red in full mourning attire was definitely the exception, not the norm). For some Native American tribes, however, black has always symbolized victory and success.

Nowadays the color of black maintains this dichotomy – it represents both bereavement and festivity, traditionalism and anarchy, conservatism and rebellion, chic and rawness – all depending on the length, design, and the accessories that go with it.
Take black, for example. Not so much a color but rather a shade, black has probably the most complex symbolism.

At the turn of the twentieth century, aside from being the color of mourning, black was also predominantly the attire of the servicewomen and lower class (take the ladies’ maids in Downton Abbey, for example). Enter Gabrielle Bonheur Chanel, a self-invented fashion genius with a brilliant knack for breaking the conventional form. In the 1920s Coco concluded that enough is enough, pronouncing once and for all that black is fashionable. Thanks to Chanel, owning a little black dress became a staple of style and class. (Note that the emphasis falls on the nouns style and class, which not all dresses that contain the adjectives little and black represent).

When I think of the quintessence of а quirky elegance, there is one female image that really stands out – Holly Golightly. Originally introduced by Chanel, the little black dress had its prominent grande entrée some twenty years later when Audrey Hepburn stunned the world with her black sheath Givenchy in Breakfast at Tiffany’s. The dress ultimately stole the show, which is probably why in 2006 it was auctioned for over $900,000 (making it one of the priciest film dresses of all time)!  Hepburn is so delightful in her sleeveless black dress–accessorized with those unforgettable pearls, satin gloves, magnificent cigarette holder, and bright tiara–that this became one of the most celebrated (and mimicked) looks of all time. Just how can we forget the classic opening scene, in which elegantly dressed Miss Golightly gets out of the taxi to have her morning coffee and Danish pastry while glaring at Tiffany’s jewelry store display…

With or without the cigarette holder, or the hat, or the pearls, or the gloves, or the over-sized sunglasses (which around this time became a steady hair accessories as well, thanks to another fashion cinema icon from the sixties, Brigitte Bardot), Hepburn’s heroine managed to effortlessly charm the character of George Peppard right from the start. All it took was a black dress and just the right amount of eccentricity paired with the promise of boundless possibility. We all followed suit.

In fact, disobedience and black go hand in hand like peanut butter and jelly, soap and water, fall and fluffy cardigans, Donald Trump and public gaffes, and so on, and so on. Think of the first woman to ever proclaim herself an individual in her own right, entirely independent from her man. Lilith. In the apocryphal texts Lilith was the first (and way more exciting) wife of Adam, created simultaneously from the same substance as her spouse. Long story short, she got tired of being treated by her husband as his inferior half (ah, the ultimate archetypal battle of the sexes!) and boldly left Eden for good. Lilith’s stand on the matter of female liberation and equality, however, gave her a bad name, and she now permeates world mythology and pop culture as the epitome of the demonic woman – dark in nature, highly sexual and therefore extremely dangerous; attributes whose purposes are neatly in-tune with her obsidian raiment.

In 1965 Catherine Deneuve, the mysterious Belle de Jour of French cinema, said “I do” to David Bailey in a simple black dress, establishing a sixties trend. Marrying in black was Deneuve’s own rebellious promise to remain true to herself and retain her independence, which Bailey would discover within an year. “Maneuvering Catherine is like maneuvering a Maserati all the while being used to a Ford,” concluded sadly the legendary British photographer. The marriage was short-lived, but Deneuve would continue to establish the black dress as the ultimate attire of the femme fatalle—confident, headstrong, and dangerously attractive.

Naturally, since it represents the “absence of light” as per Mademoiselle Chanel’s declaration. Wearing black creates a powerful and enigmatic allure, and keeps one’s essence wrapped in captivating mystery. There is a reason why so many badass-yet-highly-tormented-and-oh-so-obscure cinematic/cartoon characters are concealed in black: Zorro, Batman, Catwoman, the Black Widow, Neo/Trinity/Morpheus, Lisbeth Salander aka the Girl with the Dragon Tattoo, not to mention John Snow, not to mention the mysterious Man in Black (splendidly portrayed by Ed Harris) from the newest TV fascination that is Westworld.

Take the black tourmaline, considered to be the most protective of the gemstones. Shamans and healers have used it since the dawn of time for protection and healing on physical, emotional, mental, and spiritual bodies. Many believe wearing black cushions one from negative influences, shielding one’s vulnerability (or, insecurity) and creating a general sense of safety. Protection from the outside world (or, the demons inside) is yet another reason for why the above-mentioned fan favorites walk promenade in obsidian cloth.

Black is Multi-Functional and Multi-Seasonal

The world of fashion views time cyclically, and therefore it asserts colors and styles inspired by seasonal rotations. As the rule goes, we wear green and brown in the fall, florals we reserve for spring, white is not to be flaunted around pass the summer season, and so forth. The little black dress, however, can be rocked anytime, any season, and at any occasion. It has been some time since ladies have reserved black strictly for black-tie fund-raiser events. Combined with the appropriate accessory, the black dress becomes perfect for a brunch with the girls, a late night cocktail, dinner date, ballet, or a concert performance. In effect, it is universal.

Which, conclusively, pins black as Timeless. Any questions?